What is an NDA?

In the context of manufacturing, a non-disclosure agreement (NDA) is an agreement between a manufacturer and a business or individual that legally prevents the manufacturer from revealing trade secrets or other sensitive information to the public.

NDAs are used in the manufacturing world as a way to protect the intellectual property (IP) of a business or individual, ensuring that product designs do not end up in the hands of a competitor. Should that situation arise, the IP would lose its value, potentially costing the business or individual significant earnings.

NDAs are signed by both the manufacturer and the client, and are legally recognized by courts — though different countries have different laws regarding IP and non-disclosure. It is therefore important to ensure that an NDA is tailored to suit the needs of the product, but also the jurisdiction in which it is being manufactured.

Why do you need an NDA?

An NDA is essential for several reasons. The primary purpose of an NDA is to prevent a manufacturer from leaking secret information to the public, which would potentially nullify the value of a product. By asking a manufacturer to sign an NDA, a business or individual can effectively secure its IP, ensuring that trade secrets are kept within the factory and not disclosed to actual or potential competitors.

But an NDA can provide other essential functions too. In addition to safeguarding against disclosure, an NDA can be used to prevent a manufacturer from using IP and trade secrets in other ways. For example, the agreement can legally prevent a manufacturer from fabricating and keeping its own copies of a product — something it would be able to do without technically disclosing information to the public.

Although writing an NDA can seem like a daunting task, doing so is vital in order to prevent potential monetary losses. Furthermore, it is essential to sign an NDA before any exchange of trade secrets or other IP takes place. If such an exchange takes place before an NDA is completed and signed, the terms of the agreement may not hold for the information traded previously. 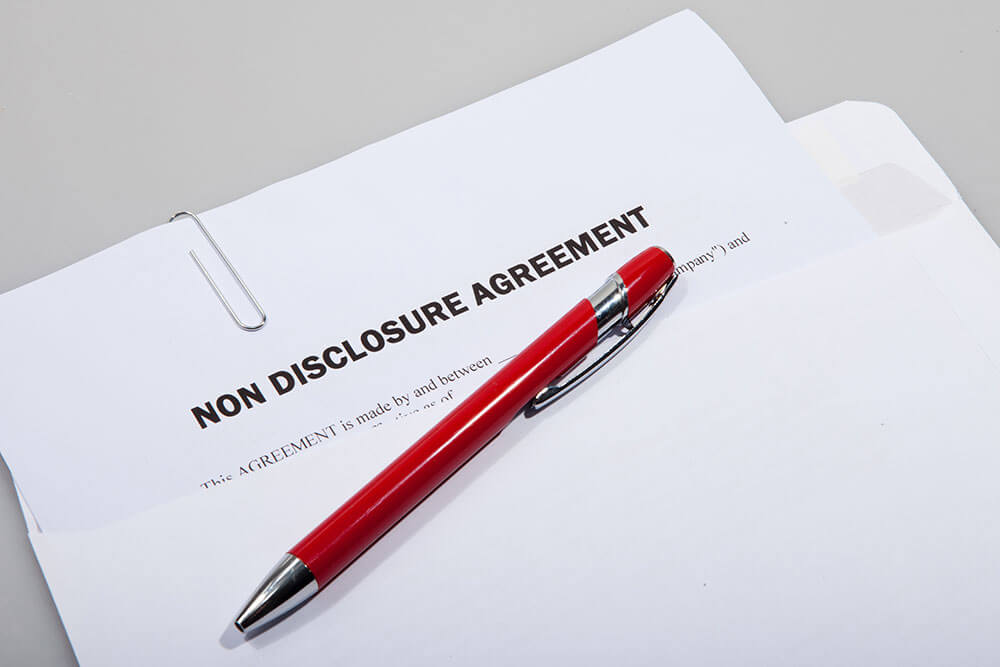 3ERP is a trusted service provider in the world of prototyping and on-demand manufacturing, always encouraging the use of NDAs with its clients. While international clients are often advised to be cautious when handing over IP to manufacturers in China and other remote manufacturing locations, 3ERP takes every step necessary to ensure confidence in its respect for confidentiality.

3ERP has also created a template non-disclosure agreement for prospective clients, containing all essential stipulations for a safe and secure transaction.

What should you look out for in an NDA?

For businesses and individuals with no prior experience using NDAs, it can be profitable to seek legal assistance before putting pen to paper on the agreement. However, there are several important points to include when putting together such an agreement with a manufacturer.

As mentioned previously, it is important to note the differences between NDAs in different countries and jurisdictions. An NDA drawn up for a U.S. manufacturer may not be legally binding in China, and vice versa. It is therefore important to know the particular rules and regulations in the manufacturer’s jurisdiction.

Regardless of geography, there are certain points that must be included. First and foremost, an NDA must specify that the manufacturer cannot disclose the trade secrets of the business or individual without the approval of the latter. Better still, an NDA can specify that any shared information, written, physical or digital, whether it is a trade secret or not, be kept confidential.

Besides non-disclosure and non-use, it can be beneficial in many situations to agree terms of non-circumvention. This means that, if a business or individual is making a product for a third party (a small electronics designer making a component for an international hardware company, for example) the manufacturer is not able to go behind the client’s back and make a rival proposal to the third party.