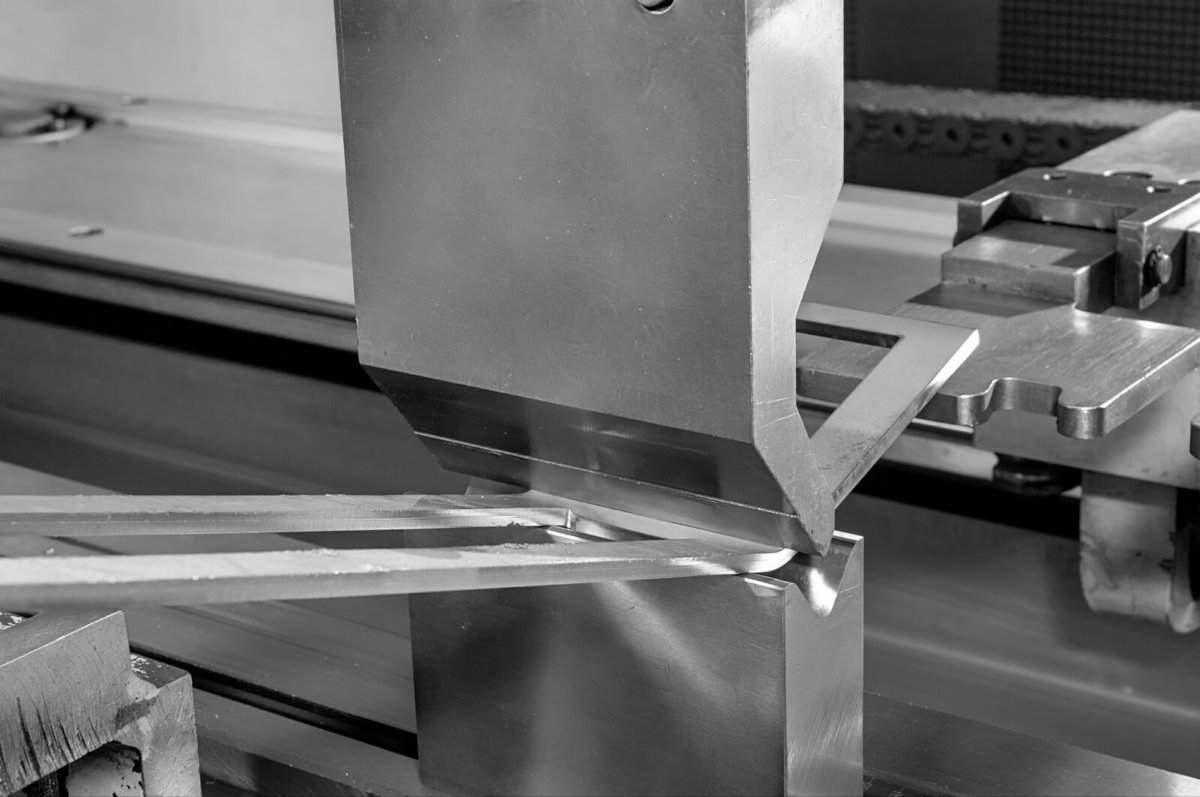 Bending — sometimes called flanging or press braking — is one of the most important and widely used techniques in sheet metal fabrication.

Sheet metal bending allows manufacturers to turn a straight piece of sheet metal into an angled component, and this can be much more cost-effective than welding or affixing two separate pieces together.

Sheet metal bending typically works by applying force to the sheet metal in a way that causes permanent deformation. However, there are many different bending methods and pieces of bending machinery that can be used to achieve the best result.

What is sheet metal bending?

Sheet metal bending is a metalworking technique used to turn flat pieces of sheet metal into V shapes, U shapes, or channel shapes.

It is an important and convenient manufacturing process, since bending a flat piece of sheet metal into a new shape is significantly cheaper than, for example, machining a V, U, or channel shape from a solid workpiece, or casting it in a foundry. Furthermore, bending produces a stronger part than, for example, welding two flat pieces of sheet metal together into a V shape.

Many types of sheet metal bending involve the use of a machine called a brake, sometimes called a bending machine or a sheet metal folder. Force can be applied manually or with, for example, hydraulics.

The most important piece of sheet metal bending equipment is the brake, which comes in several distinct forms:

There are different varieties of sheet metal bending used to achieve different bends in different ways. Three of these bending methods (air bending, bottoming, and coining) use a press brake, while the others use assorted machinery.

Air bending is a press brake bending method in which a punch forces sheet metal into a die but not so far that it touches the walls of the die.

This method is not as accurate as others, but it is highly flexible: it can be used to make V, U, and other shaped bends. This is partly because the die geometry does not need to correspond exactly to the desired sheet metal bend, since no contact is made between the two surfaces.

Bottoming is another press brake bending method. During the bottoming process, the punch forces the sheet metal fully into the die, creating a bend that corresponds to the geometry of the inside of the die. It used to make V-shaped bends.

Coining is a more expensive type of press brake bending in which a punch is lowered with much greater force at the sheet metal and into the die, creating a permanent deformation with very little springback. (Meaning the metal does not un-bend once the punch is withdrawn.)

Folding can be carried out on machines like a cornice brake or a bar folder. The sheet metal is clamped in place before a clamping beam rises to bend the metal around a profile. Folding achieves a V-shaped bend and allows positive or negative bend angles.

Wiping (or edge bending or wipe bending) is another bending method suitable for machinery such as cornice brakes and bar folders (and in some cases press brakes). It is faster than folding but can inflict more damage to the surface of the sheet metal.

Roll bending is perhaps the most unique sheet metal bending process due to the machinery used. A roll bending system has three cylindrical rollers to bend sheet metal into an arc, and it is therefore useful for the fabrication of pipes, tubing, and other rounded parts.

Step bending — sometimes called bump bending — is a way of approximating a smooth curved bend (such as that produced via roll bending) using a press brake. By performing several small V-shaped bends in succession, step bending can produce what looks like a curved bend.

When sheet metal is bent into a new shape, it naturally springs back to some extent after the bending force is removed. This is called “springback.”

Springback is not a major problem, but it means manufacturers must compensate for the expected springback by over-bending the sheet metal. If the metal is intentionally slightly over-bent, a small degree of natural springback will result in the correct angle.

Of course, calculating springback is far from simple, and there are several variables that affect the severity of the springback, including the type and gauge of material. Also, larger inside radii result in greater springback.

When a piece of sheet metal gets bent, the side outside of the bend gets elongated, and its dimensions are therefore altered. This means that, for example, the total length of the two legs of a V-shaped bend will be longer than the original length of the sheet.

So if the dimensions are altered, how do we accurately design a part, ensuring that it will fit together with other components? How do we decide how long the flat piece of sheet metal must be? To compensate for changes in dimensions, we must incorporate bend allowance: the difference between the length of the unfolded sheet and the sum of the lengths of each leg of the finished bent part.

Some sheet metal materials are better for bending than others. Generally, the best bending materials are malleable and not brittle.

Materials that are more difficult (though not impossible) to bend include aluminum 6061, titanium, brass, and bronze.

The direction sheet metal grain — the direction in which the tiny crystals of the metal are elongated due to the original rolling of the sheet — affects how it bends.

Grain direction makes sheet metal stronger across one axis and weaker across the other. Bending with the grain (longitudinally) can increase the likelihood of cracking, tearing, or orange peeling; bending against the grain reduces the chances of these problems occurring.

But although bending against the grain reduces the odds of breakage, it also requires greater force, since the sheet metal is stronger. It may therefore result in more springback and require greater compensation in this regard. 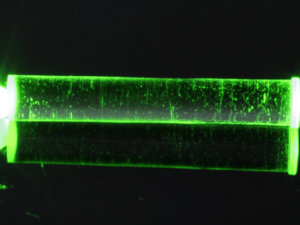 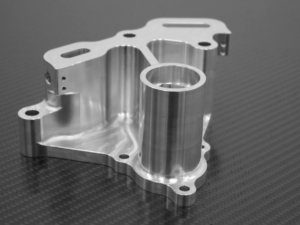 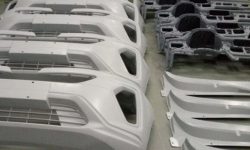 When is vacuum casting more suitable than injection molding? 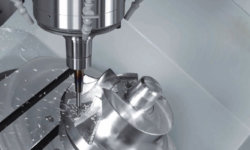 Top 5 Advantages of Custom CNC Machining Services You can Expect 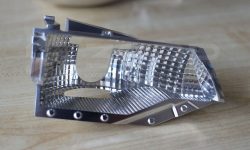 CNC Machining in the Automotive Industry