Injection Molding vs. 3D Printing: All You Need to Know

Injection Molding vs. 3D Printing: All You Need to Know

Today’s companies have more options than ever to manufacture parts from almost any materials. And when it comes to producing parts from plastics, most end up opting for either injection molding and 3D printing.

While the 3D printing option is generally more well-known because of its availability to even consumer-level users, the injection molding market is much larger as of today. It’s worth almost 260 billion dollars and dwarfs the market size of 3D printing, which is just 16 million in 2020.

But in reality, these two processes aren’t necessarily competitors, as both of them fill their own valuable niches and have unique advantages in certain situations. Although both can sometimes produce similar results, the process that they use for manufacturing is quite different.

So, to help you better understand how both of them work, their most common applications, as well as the advantages and disadvantages that they offer, let’s dig deep into everything you need to know about injection molding vs. 3D printing.

Before we can start breaking down the differences in injection molding vs. 3D printing, we must first understand the basic principles behind each of these processes.

And unsurprisingly, since both primarily deal with plastic, there are quite a few similarities as well.

For instance, both are very accurate and can take even intricate designs and produce flawless parts. That means that they can be used in industries like aerospace and medicine, where even the slightest error is not allowed.

What’s more, both are excellent if you need to produce and test out various prototypes of parts at a lower cost, which is essential as you are refining your products or testing their capabilities.

In the end, both can produce a similar result and even have overlapping functionality. Still, the way that they get there is where you will find the biggest differences.

So let’s explore the basic principles of both.

As you might guess from the name, injection molding uses molds to create complex shapes from plastic materials.

The necessary plastic materials are mixed in a barrel, where they are melted into liquid form. Then, they are injected into the mold, with pressure forcing it to take the exact shape of the mold, to the very last detail.

After that, the material is allowed to solidify by lowering the temperature, beginning the production of the next part. The process takes very little time, so it’s possible to produce a lot of parts quickly.

But before the process can begin, you will need to design and create the injection mold itself, which is actually the most challenging part of the entire process.

In fact, depending on how complex the part that you want to create, designing an injection mold that meets the requirements can take weeks or even months. Therefore, you should work with an experienced company that has a refined injection molding process and can cut down on the time that is needed.

If the injection molding process centers around shaping plastic until it meets the dimensions and requirements of the part, 3D printing takes an entirely different approach, building up objects layer by layer until they take the necessary shape.

The plastic material is added on to the previous layer and is then immediately bound, ensuring structural integrity and the ability to withstand various external pressures.

Because of the way that 3D printing works, it allows producing even the most complex shapes, including inner holes, crevices, or unusual forms, as long as they don’t compromise the integrity of the piece.

Some of the industries that utilize 3D printing include sports, aerospace, automotive, and even the reconstruction of old artifacts.

Just like in the injection molding process, there are steps that need to be taken before the process can begin. Namely, you need to design the part through CAD software and prepare the machine for the specific print job. But with 3D, the process is typically shorter and allows testing out different options relatively quickly.

So, by now, we’ve established that both processes are quite similar, but also have fundamental differences in the way that they work. So, which one is better?

Well, let’s look at some of the main pros and cons of both to figure that out.

How to Choose the Right Option

Even though both approaches have their drawbacks, each also has unique strengths, which make them ideally suited for specific situations.

If you need to do large production runs at an affordable price, you can’t go wrong with injection molding. Meanwhile, 3D printing provides you with more flexibility and the ability to tweak your designs quickly.

If you don’t have a lot of time and need parts now, 3D printing will do better. But if you’ll eventually need to scale, it makes much more sense to opt for the injection molding process, as the initial time you spend will be made up for in the later production stages.

Since there are so many deciding factors that can influence your decision, it makes sense to talk with an experienced company that provides both services and can help you figure out the best approach for your needs.

At 3ERP, we have a team of specialists who can answer all of your questions and offer the most cost-effective course of action that delivers on our requirements.

After all, this is a big decision, so it makes sense to take your time and explore your options carefully.

CNC Milling: Everything You Need to Know

Why 2D drawing are important when ordering parts from a manufacturer 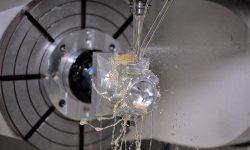 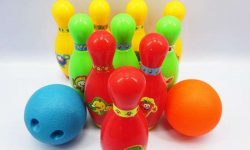 It’s Easier Than Ever to Make Injection Molded Toys 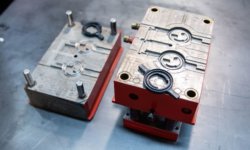