4 Things to do Next When Your Prototype Doesn’t Work

A bringing an idea from the design stage to the prototype process means that it must undergo a great deal of work. From tweaking numbers and moving components to changing materials and adding features, once a design makes it to the stage where it’s ready for a prototype to be created, it is a common thought that it’s ready for market. Indeed, many people think of the prototype process as simply being an afterthought almost.

When a prototype doesn’t meet the expectations developed around it or it otherwise fails to perform as planned, disappointment isn’t the only emotion at play. It’s important to use this event as a learning process to figure out what went wrong and how to fix it. The result will be that you’ll be able to eliminate any problems and create a prototype that does work. Here are four steps that show you how to get to that stage:

A second element of error to consider in the design is the accidental transposition of numbers. The requirements and specifications that are needed to develop the prototype sometimes require many numerical calculations. It can be easy to accidentally transpose one or more of these numbers. Doing so can result in significant failures on the part of the prototype. To guard against this occurrence, all numbers, measurements and other data should be verified prior to moving on to the next step.

Failure at the Material Level

The design of a product and its resulting prototype can be significantly impacted by any of the materials that are used in the design process. This is true whether the material is for one of the components, a finish or some other aspect involved. An important consideration to keep in mind is that just because a material is touted as being equivalent, it might veer from the design specifications in such a way that brings on the product’s failure. While substitutions can be adequate when designing a prototype, they could also cause it to fail. For this reasons, a check of the materials used — as well as any substitutions used — should be one of the first steps in diagnosing the reason behind the failure of your prototype.

Is it the Prototype?

Examining the prototype itself is also a good way to narrow down the reason for its failure. While it’s important to remember that a prototype isn’t going to be perfect, it should mimic the design’s component specifications and geometry as close as possible. Any limitations or variances in manufacturing could render the prototype different enough from its design so that it fails. It is very important to find a good prototyping company who can make the prototypes as close as the oraginal design.

Look at the Testing Parameters

The testing parameters need to be carefully scrutinized to determine if this is the site of the prototype’s failure. First, it’s vital to ensure that the components involved have been assembled correctly prior to testing. Another consideration is to determine if the test accurately stacks up against the criteria used in the original design.

Given the complexity of computer software, the data collected and measured could be different. One program used could demonstrate that the prototype is successful during the testing phase while a different one will show the same prototype as failing. During the development process, it’s vital that the same software program is used by everyone involved in the project. This helps maintain and protect the continuity needed for the project.

3ERP delivers top-quality rapid prototypes that meet their clients’ specifications. Able to turn projects around quickly without compromising quality, 3ERP is your prototype headquarters. Read to learn more about our rapid prototyping services and capabilities? Contact us today! 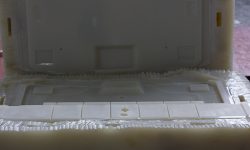 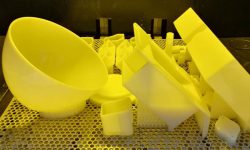